More About: The Guitar Legends

The ‘Guitar Legends’ will mesmerise you with the Greatest Guitar Hits of all time…=
From the early 1950’s, right up to the present day..
Featuring tracks from the Worlds most Legendary Guitarists including.
Jimi Hendrix, Eric Clapton, BB King, Brian May, Carlos Santana, Jimmy Page, Van Halen, Dave Gilmour, Stevie Ray Vaughan plus many more!

The band members have been professionally involved in the music industry for many years and have all worked with many internationally known bands and artists.

Marcus Flynn, lead Guitar – Alongside his many TV and film scores such as Jackass, Bear Grylls & Ice Truckers, has also worked with many major artists worldwide. These include Beyonce, Mike & the Mechanics, Fun Loving Criminals & 10cc . Brian May praised Marcus for his guitar work – Keen to return the favour The Guitar Legends celebrate Brian’s work in their set!

Phil Spencer, Guitar & Keys – Was recently nominated for a prestigious MOBO award for his guitar playing on a recent album. Phil, a multi-instrumentalist thrives in The Guitar Legends playing keyboards, guitar and singing backing vocals. Phil’s studio work has found himself working with some of the most influencial producers and artists of our time.

Nick Rieber-Hodgson, Vocals & Bass Guitar– After grabbing an international award for best live band……Nick played with Jon Bon-Jovi and Europe’s Joey Tempest whilst on tour in Asia. Nicks vocal capability is second to none, transforming himself into the many vocalists for the demanding Guitat Legends set list whilst playing incredible bass guitar.

Richard Willoughby, Drums & Percussion – Richard has many years experience in Recording, Theatre, Live and Touring. Having worked with some of the biggest names in the Music business such as The Foo Fighters, Bruce Springsteen, The Black Crows, Marilion adn Elton John. His Dynamic style and incredible feel make him a first choice for many show bands and recording artists. 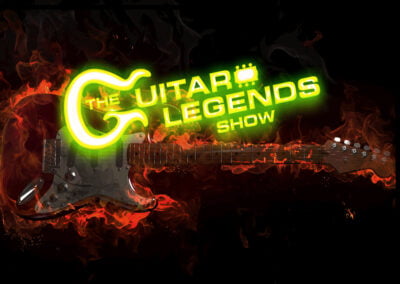 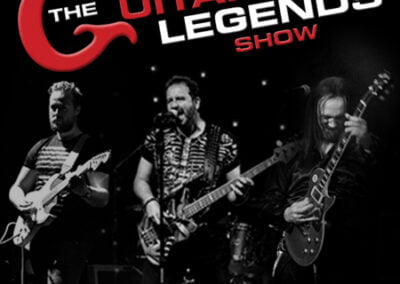 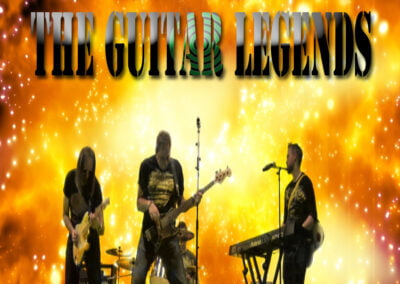 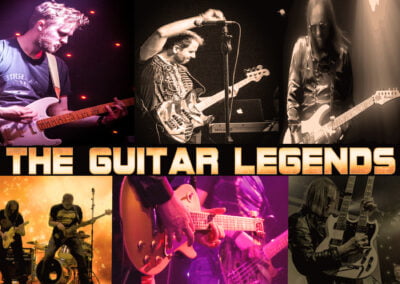 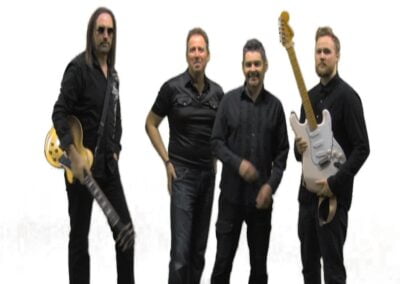 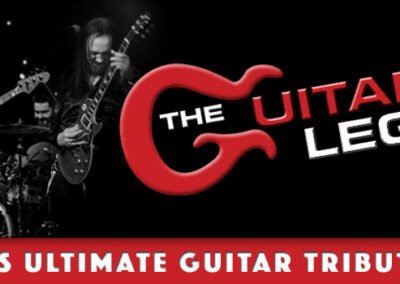